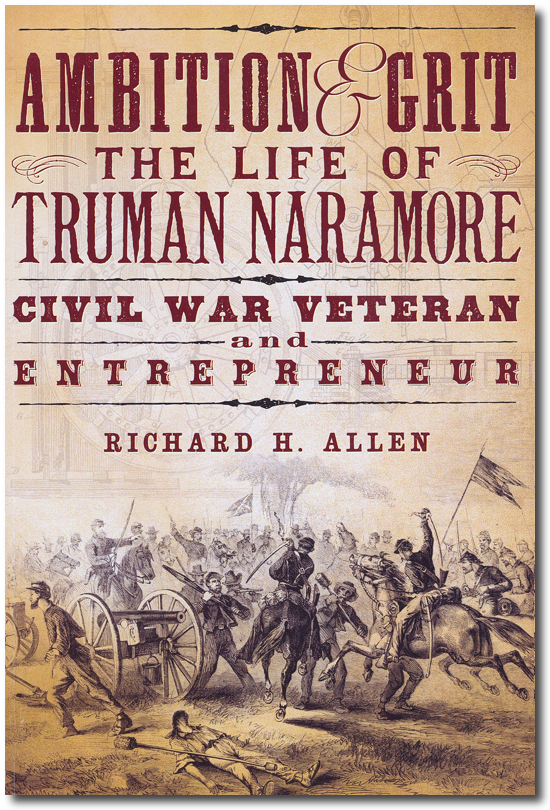 CIVIL WAR VETERAN
and
ENTREPENEUR
by

"Emerging from the crucible of the Civil War, Vermont's societal structure, like the rest of the country, began a rapid change. Innovation drove the industrial revolution into the farthest corners of our country as farming moved from a local to regional endeavor. Mechanization and modern farming practices changed the way people and markets interacted, while an active poress linked even the most remote areas together in common purpose. Weary veterans, bearing wounds both physical and mental, returned home to make a life in this new environment. Truman Naramore's story encapsulates this time period as rapid innovation, shifting business environments, and a nascent organized farm movement defined our region. His war service, horrific imprisonment, multiple business ventures, and ultimate emigration from Vermont to the west describe a Vermont society in the midst of change throughout the waning years of the nineteenth century. With meticulously researched detail and a storyline with plot points fit for the movies, this fun read will appeal to both the local history buff and interested public alike." 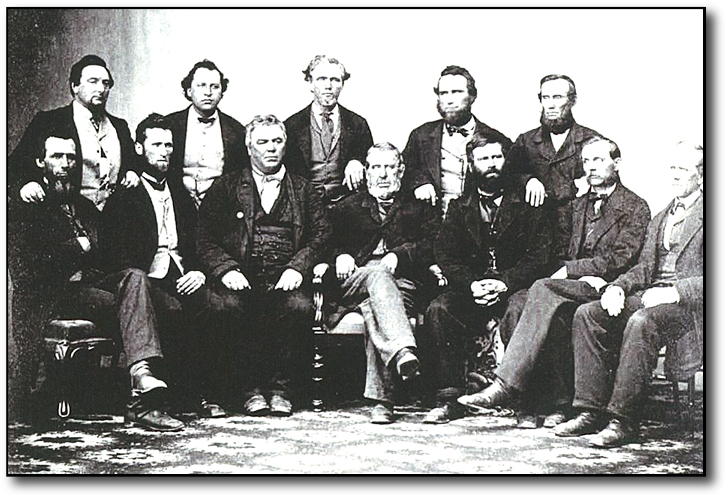 This never before published photograph is believed to depict twelve Civil War veterans from Charlotte, Vermont, circa 1882. While most of the subjects remain unknown, those identified were veterans: George A. Clark, (back row, second from left), Benjamin Taggart (back row, last on right), and James B. Williams (front row, third from left) Courtesy of Daniel Cole and the Charlotte Historical Society.

"As more than a thousand Vermont infantry men fell in the Wilderness, the Vermont Cavalry also waged a desparate fight at nearby Craig's Meeting House. Among the Vermonters captured there was Truman Naramore. Confined at infamous Andersonville, Naramore was reduced to crawling about the fetid grounds. But he survived to become a successful farmer, businessman, and inventor, even joining the California real estate boom. His story, a fascinating one ably told here, sheds vivid light on the type of individuals who, as citizen soldiers, gave Vermont an outsized role in the Union victory."